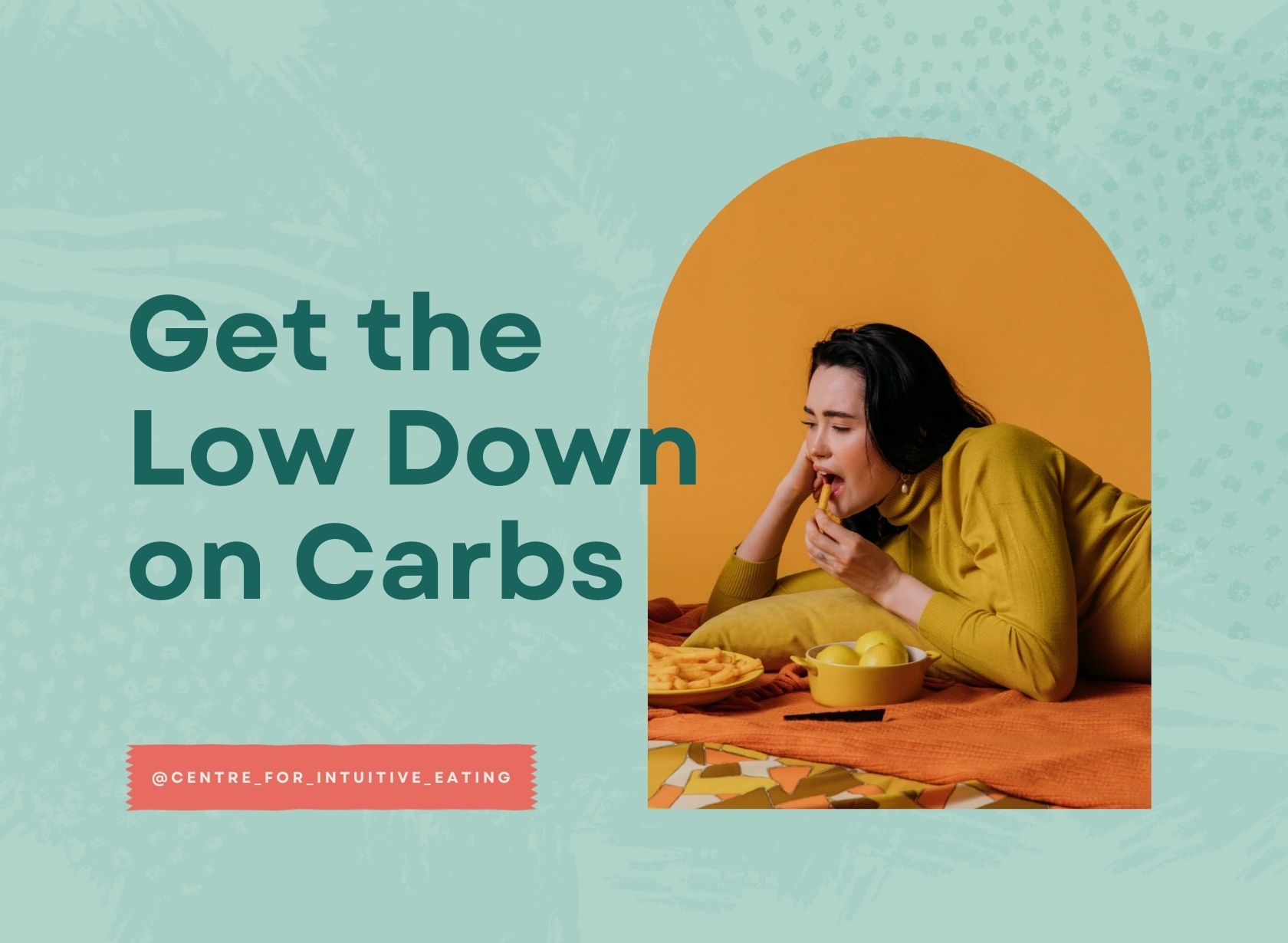 Item number one: carbs always were, and always will be, an essential power source for your body and brain.

People make drastic food choices without actually investing the time into the research & evidence. Did you know that the evidence that exists for the ketogenic diet (i.e. low carb/no carb), is for its use with epileptic children?

Remember that the brains ONLY fuel source is glucose AKA carbohydrates. So without sufficient carbohydrate intake, all the processes that the brain functionally carries out will be compromised i.e. expect reduced concentration, fogginess, black & white / rigid thinking, decreased emotional regulation, increased obsessive thoughts, easily irritated, the list quite literally goes on.

It begs the question: why, as a healthy adult, would you want to slow your brain activity?

The evidence for the ketogenic diet is to treat hard to control epilepsy in children. Diet culture has co-opted keto BIG time & paints it as a socially acceptable thing to partake in for everyday jo-blo’s.

Ketosis = the body in an acidic state = not healthy.

Why we get bombarded with ads on TV of a man happily exclaiming “I lost 5 pounds cause I’m in ketosis!” is beyond me.

Ketosis is celebrated, yet it’s not at all a hallmark of health.

I’m convinced some people are generally so deeply nutritionally misinformed from diet culture, but I also believe some people full well know the information they are passing along is incorrect & choose to pass it along anyway. Or some, perhaps, are suffering from disordered eating themselves & passing it along to others unknowingly.

In summary: Carbohydrates are necessary for your health. Incredibly so!

If you have some cognitive distortions or fears around carbs, book in for an appointment & we can talk about carbs, why you need them, & what happens when you’re not having enough of them.

PS cutting carbs is also the gateway to intense sugar cravings, because sugar is a carb, a fast acting one. So if you crave sugars often, it could be possible you are not eating enough complex carbohydrates consistently throughout the day (i.e.~every 3-4 hours minimum).

Also, and certainly interestingly, the absence of carbohydrate over prolonged periods of time prevents the amino acid tryptophan from entering the brain where it is converted to serotonin. The result: a decrease in serotonin levels and the risk of mood changes associated with too little of this neurotransmitter. Serotonin-releasing brain neurons are unique in that the amount of neurotransmitter they release is normally controlled by food intake, specifically, carbohydrate consumption, acting via insulin secretion and the “plasma tryptophan ratio”, increases serotonin release. This is where people usually start understand why it may be that when we feel down or depressed, we MAY reach our hands out for fast acting carbs. This can have both a biological & psychological basis.

From my observation and discussions, many people hold a fear that eating carbs will make them gain weight. This requires a lot of exploration. At a surface level there’s a fear of carbs and perceived subsequent weight gain, but usually under that at a root level is some sort of sense of self and self worth work. So I do want to highlight this.

But firstly, remember this – most weight that is lost during keto/cutting carbs is water weight & also muscle breakdown. For every 1 gram of carbohydrate, 4 grams of water follows. Carbo-HYDRATE. Carbohydrates hydrate us. So cut carbs = cut water. On top of this, we have stored glucose called glycogen in our muscles & in our liver. In times where carbohydrates intake is insufficient, the body chews into these “reserve stores” to break down & use as energy for the body. Meaning? Muscle breakdown. Which is likely to = weight loss on the scales. Many people are simply losing muscle and water when reducing carbs/following keto and then regaining (thank God) muscle and water upon resumption of adequate carb intake (which is a 10/10 move for your health to reintroduce those bad boys). Click here to view a resource on “Carbohydrates: myths & facts” to learn more.

When I educate people I get different responses. 1. “I honestly had no idea how essential carbohydrates were” i.e. genuinely a lacking knowledge of accurate nutrition information 2. “I know how important carbohydrates are for my health but I don’t care if I’m going to gain weight from having them”. Your body, your choices. I give you the info & you choose what you pick up.

We are truly living in a culture that fears carbs. 50 years ago the craze was “low fat”. Right now in our culture the craze is “low carbs”. 50 years from now it’ll probably be something different to “fear”.

Reflection point: Why would it need to change so frequently if it were legitimate? Educate yourself so that when distorted trends shift, your perceptions don’t have to.

In my experience, most people fear 1. At a surface level – carbohydrates, 2. At a root level – fatness / weight gain, and 3. Way, way, way beneath that is – self-worth & sense of self work. Build a sense of self so sturdy that when the culture changes and eventually shifts, your sense of self doesn’t have to shift along with it.

If you cut out carbs, it’s likely you’ll lose weight. That doesn’t automatically make it healthy. If our culture weren’t so obsessed with getting smaller, & our healthcare system & health & fitness industry were not so fixated on weight stigma & celebrating weight loss including reinforcing or endorsing it above all else, while demonising anything that moves the other way, this would be a lot less confusing for people. It would probably be easier for people to be healthy <— that’s purely my personal opinion on the matter.

It’s important to get curious that if the changes you’re making in your life are influenced by a desire for better health, or for conforming to societies belief that getting smaller & losing weight automatically = health.

Book an Appointment with Us

Book an Appointment with Us

BACK TO MORE BLOGS

Sign up to our mailing for a regular dose of Nutrition & Intuitive Eating goodness. It’s totally free!

BOOK A CONSULATION WITH US 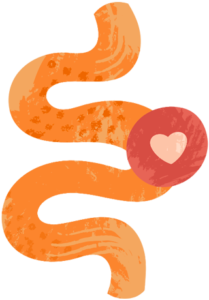 Throw out those diet books and shiny magazines that offer you the false hope of losing weight quickly, easily, and permanently. It’s time to get angry at diet culture and its promotion of weight loss, the lies that have led you to feel you’re a failure every time a new diet has stopped working, or you’ve gained back all the weight. If you allow even one small hope to linger that a new or better diet may be lurking around the corner, it will prevent you from being free to rediscover Intuitive Eating (Resch & Tribole, 2021).

When hunger calls, keep your body biologically fed with sufficient energy and carbohydrates, lest the primal drive to overeat comes knocking at your door! Once you pass your threshold and reach excessive hunger levels, all intentions of moderate and conscious eating become obsolete. Learning to honour your biological signals sets the stage for rebuilding trust in yourself and in food (Resch & Tribole, 2021).

Give yourself unconditional permission to eat. Telling yourself that you can’t or shouldn’t have a particular food leads to intense feelings of deprivation, which in turn build into uncontrollable cravings (and even binge-eating). When you finally ‘give in’ to your forbidden foods, eating will be experienced with such intensity it usually results in ‘Last Supper’ over-eating and overwhelming guilt. Time to call a truce and stop the food fight (Resch & Tribole, 2021).

Let’s shout a collective “Heeeeeell Nah” to those thoughts in your head that declare you’re ‘good’ for eating minimal calories and ‘bad’ because you ate a piece of chocolate cake. Your internal food police monitor the unreasonable rules that diet culture has created, and it’s time to take a stand. The police station is housed deep in your psyche, and its loudspeaker shouts negative barbs, hopeless phrases, and guilt-provoking indictments. Chasing the food police away is a critical step in returning to Intuitive Eating (Resch & Tribole, 2021).

In order to honour your fullness, you need to trust that you will give yourself the foods that you desire. Listen for the body signals that tell you that you are no longer hungry. Observe the signs that show that you’re comfortably full. Pause in the middle of eating and ask yourself how the food tastes, and what your current hunger level is (Resch & Tribole, 2021).

In our compulsion to comply with diet culture, we often overlook one of the most basic gifts of existence—the pleasure and satisfaction that can be found in the eating experience. When you eat what you really want, in an environment that is inviting, the pleasure you derive will be a powerful force in helping you feel satisfied and content. By providing this experience for yourself, you’ll find that it takes just the right amount of food for you to decide you’ve had ‘enough’ (Resch & Tribole, 2021).

COPE WITH YOUR EMOTIONS WITH KINDNESS

Anxiety, loneliness, boredom and anger are emotions we all experience in life, sometimes all in one day! Each emotion has its own trigger, and each has its own appeasement. Throughout our lives, we all build individual coping toolkits, extremely personal ways we can comfort, nurture, distract or heal ourselves from complex experiences and emotions.

This principle is jam-packed with all sorts of treasure chests—we’ll learn to differentiate between emotional and backlash eating in response to deprivation; explore what’s in your own personal coping toolkit (and the role food plays within); we’ll work to dismantle the demonisation of emotional eating (thanks again, diet culture); and rekindle the intrinsic connection between comfort and food that is our natural right as human beings.

This principle is all about looking within, acknowledging what is true, and working on new ways to comfort, nurture, distract and resolve your issues (Resch & Tribole, 2021).

Accept your genetic blueprint. Just as a person with a size 8 shoe wouldn’t expect to squeeze into a size 6, it’s equally unrealistic to have a similar expectation about body size. It will be very hard to reject the diet mentality if you’re unrealistic and overly critical of your body size or shape. Your body deserves dignity and respect, no matter what; no matter your size or shape, and no matter what others may have told you. Developing body respect is a fundamental aspect and an essential part of the healing process (Resch & Tribole, 2021).

Forget militant exercise; just get active and feel the difference! Shift your focus away from the calorie-burning effect of exercising, and instead explore how it really feels to move your body. If you focus on how you feel from working out or exercising (yay for more energy, more alertness and a boost in serotonin) it can make the essential difference between rolling out of bed for a brisk morning walk, or hitting that snooze alarm for the third time (Resch & Tribole, 2021).

HONOUR YOUR HEALTH WITH GENTLE NUTRITION

Making food choices that honour your health and taste buds make you feel good. Remember that you don’t have to eat perfectly to be healthy! You will not suddenly get a nutrient deficiency or become unhealthy from one snack, one meal, or one day of eating. It’s what you eat consistently that matters. Progress, not perfection, is what counts. Be gentle with yourself and your Intuitive Eating journey, you’re in it for the long run! (Resch & Tribole, 2021).